This week an lost lover contacted me through the mists of the internet. When I saw his name in my inbox I didn’t know how to react. I was shocked. I was excited. I was a little afraid. Our last face to face moments together weren’t pleasant, and as I went through all the reasons why I shouldn’t respond in my head, my fingers typed in the words

and then they pressed “SEND”. This led to a phone conversation which lasted into the early hours of the morning. Even as I write this, days later, our conversation continues. I feel this is a good thing.

It has also thrown me into a deep pool overflowing with emotions, and I’m trying not to drown in them.

For 33 years he has held on to some photographs of us. He said he saved them from a former partner who tried to throw the evidence of his life with any other woman away. We can’t change our own past; how can we even think about changing someone else’s? He scanned the photos into his computer and sent them to me. Suddenly I was looking at a familiar stranger that resembled me.

I’m an addict and an alcoholic, and at this time in my life it was all just beginning. I had an appetite for cocaine and meth.  Both seemed to flow freely in the circles I surrounded myself with, and I had discovered ways to feed my addiction that I’m not proud of.  By the time I made it to rehab I was a broken shell of myself.  The young woman I was seeing in this photograph was me just before the darkness swallowed me up and I began to fall into the depths of my addiction.

What would I say to her if I had a chance? What would I tell her? Would she listen to me? Would my words have even made a difference? Knowing her as intimately as I do, she would have looked into my 51 year old eyes and told me not to worry. She would have assured me that this man loved her like no other and would never dream of hurting her. She would have told me that the drugs were something that she could stop at any time. She would have talked to me in that sweet voice of innocence; that voice that knows nothing of how hard the world could possibly be to a lost young woman. She would have believed every word she said even though she probably knew deep down inside that she was lying.

The woman I have become is so different than the young woman in this picture. At 51, I’ve climbed the mountains she hadn’t even approached yet. I stumbled and fell and I bear the scars of every fall I took. At 51 my hips are wide from the birth of my son, my belly is soft and stretch marked. My hair is streaked with grey in a defiant act of acceptance. I have zipper scars on my leg, belly and breasts from surgeries. She has wounds that are still fresh. Her hair is streaked with color in an act of defiance of anything or anyone that had the courage to tell her what she should do, or who she should be. She still has the flat stomach of a woman who has never carried a child full term, but her eyes hold a sadness of an innocence that was taken without consent. Her heart had suffered the pain of loss already, but she was only beginning to accrue the burden that heartbreak leaves you with. She knew what loss felt like. She knew betrayal, fear and a deep sadness that a woman her age should have only read about in romance novels with happy endings, but there was so much more to come for her. For me.

Every once and awhile someone comes into your life and changes your direction.  They don’t even realize the consequences of their actions, and you don’t either, until you find yourself spinning out of control in the complete opposite direction you had intended on going in.  It isn’t their fault.  In fact you, unknowingly, probably changed their direction too.  We don’t always realize or even understand the impact we can have on people with our words and our actions.

Every word is a prayer.  Every word we speak or sing or write or whisper is heard by that divine self.  Once it has formed in our thoughts and is released onto the world, it becomes something completely outside our self.  This was such a hard lesson for me to learn.  It was also hard to learn that I am responsible for how I allow other’s words and actions to affect me.  I can swallow them and let them sicken me.  I can step aside and let them fly past me.  Or I can meet them head on, like a warrior picking her battles wisely and then proceed with grace.  A woman’s grace is so powerful.

I’m so happy he found me again.  I’m so happy that he searched for someone who has deliberately made being found a challenge.  It’s made my heart feel better to know that I am still thought of with love.  I’m happy to know that the wreckage of my past didn’t ruin the chance of healing what was and what has become.  I can look back on this chapter in my life and know that although I’m battle scared, I survived. I survived gracefully.

I’m also grateful I was able to reconnect with this part of me.  That I was able to dissociate from her enough to be able to see her for the person she was, and yet to assimilate her back into myself and hold her gently in my heart with love.  I can’t take her into my arms and tell her everything will be ok.  I can’t save her from the pain she is going to have to endure on my behalf.   However, I can take her into my heart and let her know that she will never be alone again.

3 thoughts on “I Remember You…” 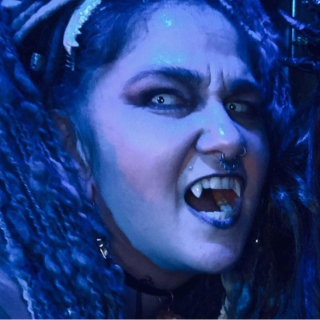